THE PUMPKIN HACK THAT WILL CHANGE YOUR LIFE

I am going to claim my moment of fame. I feel like I have changed lives for the better…and who would have thought it would all be due to the simple pumpkin. Yes a pumpkin!! Okay changing lives may be a slight exaggeration but this wee hack will certainly make your life a little easier in the kitchen.

I shared my pumpkin hack over on snap chat and it was so popular that there were pumpkins popping up in peoples stories left right and centre, every day for weeks! 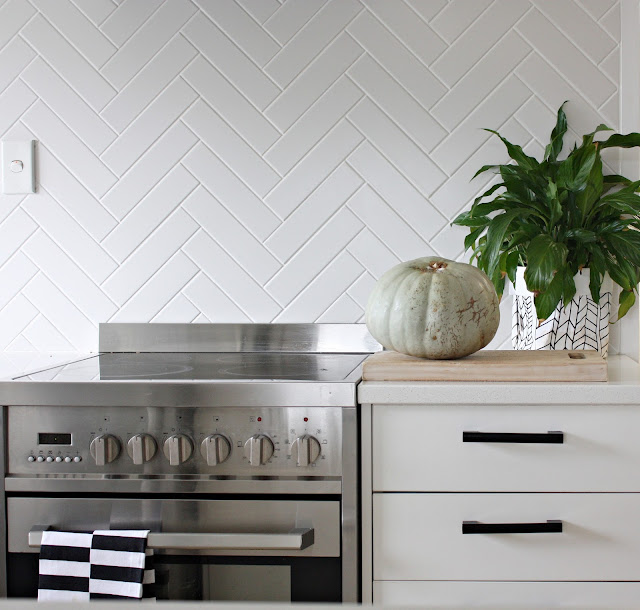 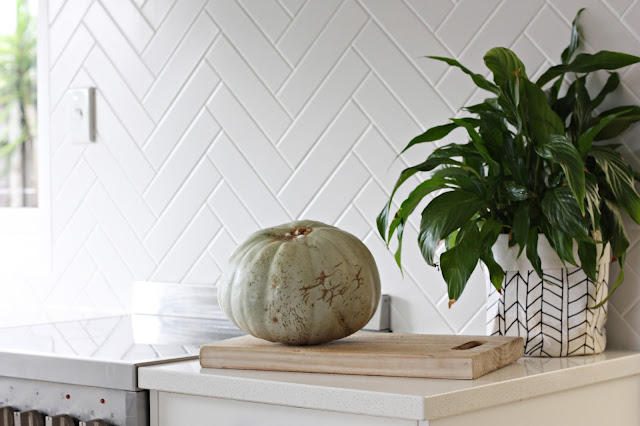 So back when I was making baby food for Arden, pumpkin was a go to! As with most mums pumpkin is one of the first foods to give babies, they love the taste, its a good base to mix with other veggies as they grow older, its cheap and its a good one to do in bulk and freeze as it is so versatile.
I have always had issues with pumpkin though…
1.  Firstly I can’t always get the knife through a whole pumpkin. I would often find myself waving around a giant pumpkin on the end of a knife, smashing it on the bench trying to get it either to go through or just to get the bloody pumpkin off the knife again! It would then sit like this until hubby got home and worked his magic on it for me.
2.  Secondly, peeling a pumpkin is no easy task. Well its not that its not easy, its just time consuming, and who has time for that! I don’t peel any of my other veggies ever…so I thought why should I bother peeling the pumpkin?
So one day I managed to get my pumpkin in half and I just couldn’t be bothered peeling it and chopping it up so I just whacked the two halves in the oven.
MAGIC HAPPENED!
The pumpkin roasted beautifully….and the skin just peeled away effortlessly afterwards!
So the next time I went to do pumpkin I thought why bother trying to get a knife through the stubborn thing…and I whacked the WHOLE PUMPKIN straight into the oven.
MAGIC HAPPENED AGAIN!
I discovered that you don’t need to chop or peel a pumpkin to roast it, in fact you don’t have to do anything but plonk it on a tray and put it in the oven and walk away!
The first time I did this I kept checking back worrying that it might build up pressure inside the pumpkin and explode, but I have done this numerous times and not once have I ever had an exploding pumpkin!
Pumpkin soup is one of my favourites, and now we always either have some in the fridge or frozen as it is just so easy to whip up with my pumpkin hack!
PUMPKIN HACK 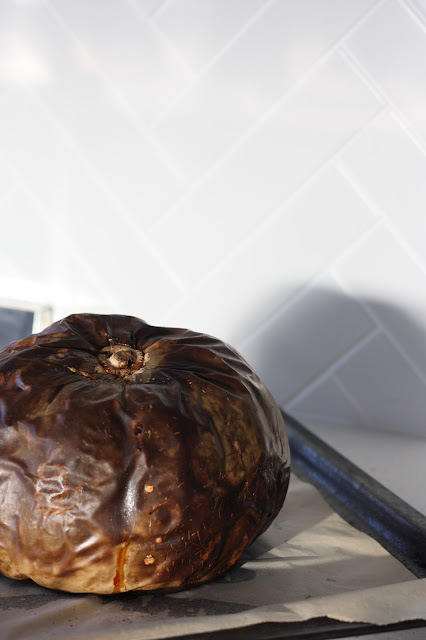 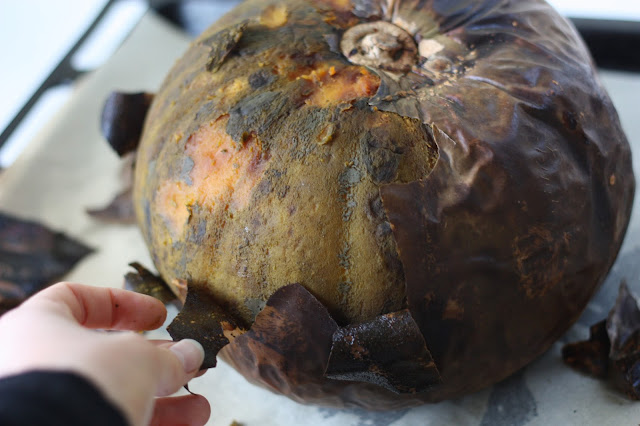 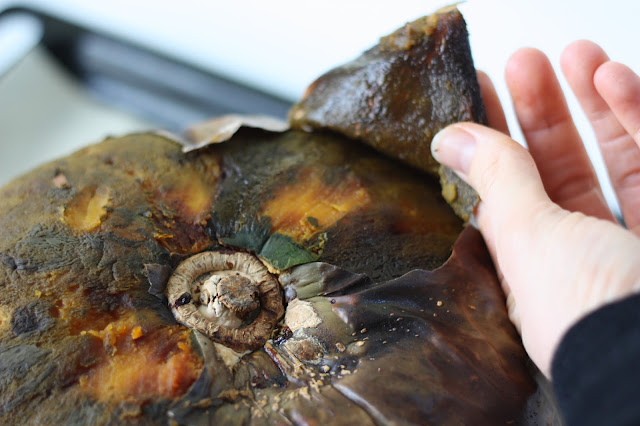 Let me know if you give it a go and how you find it and tag me in your posts! I have loved seeing everyones pumpkin hacks over on snapchat already! 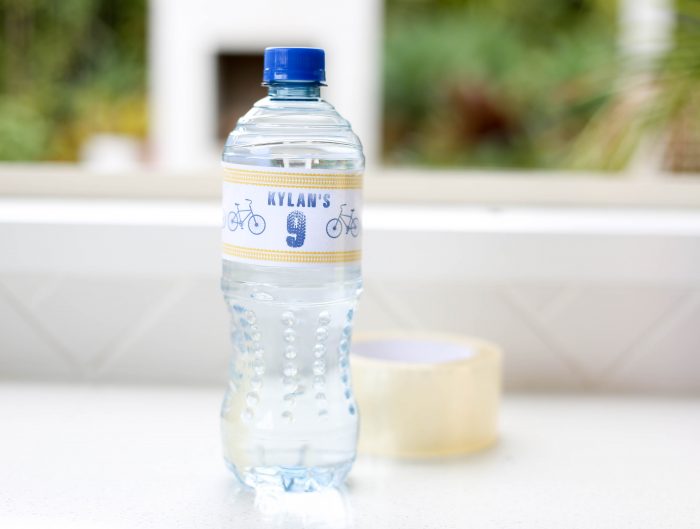 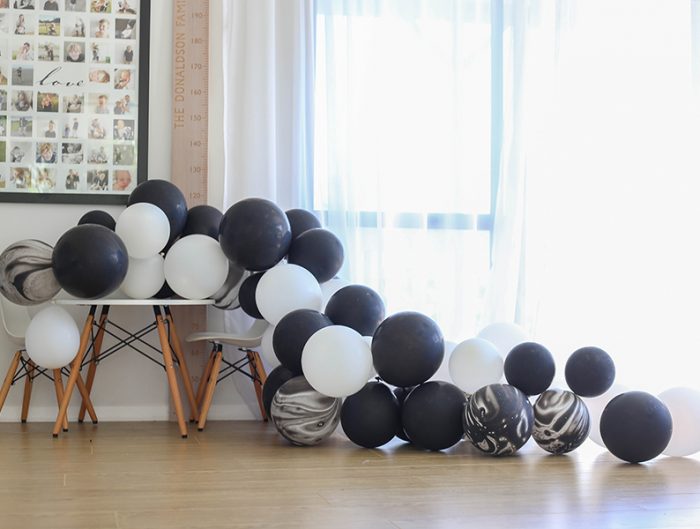 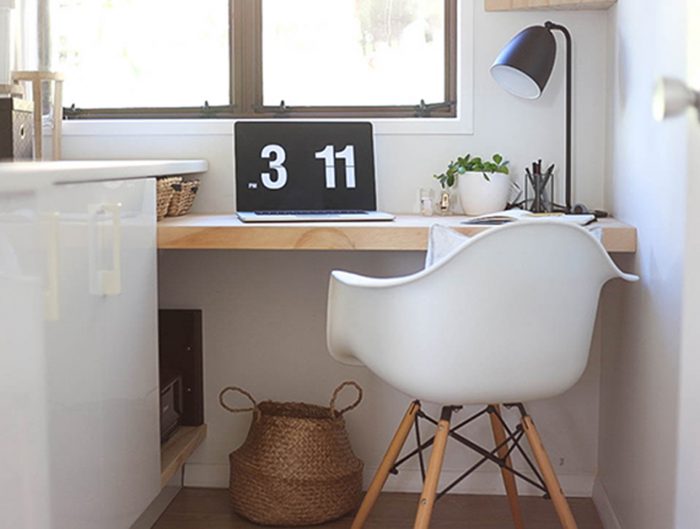 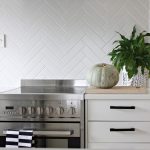 THE PUMPKIN HACK THAT WILL CHANGE YOUR LIFE